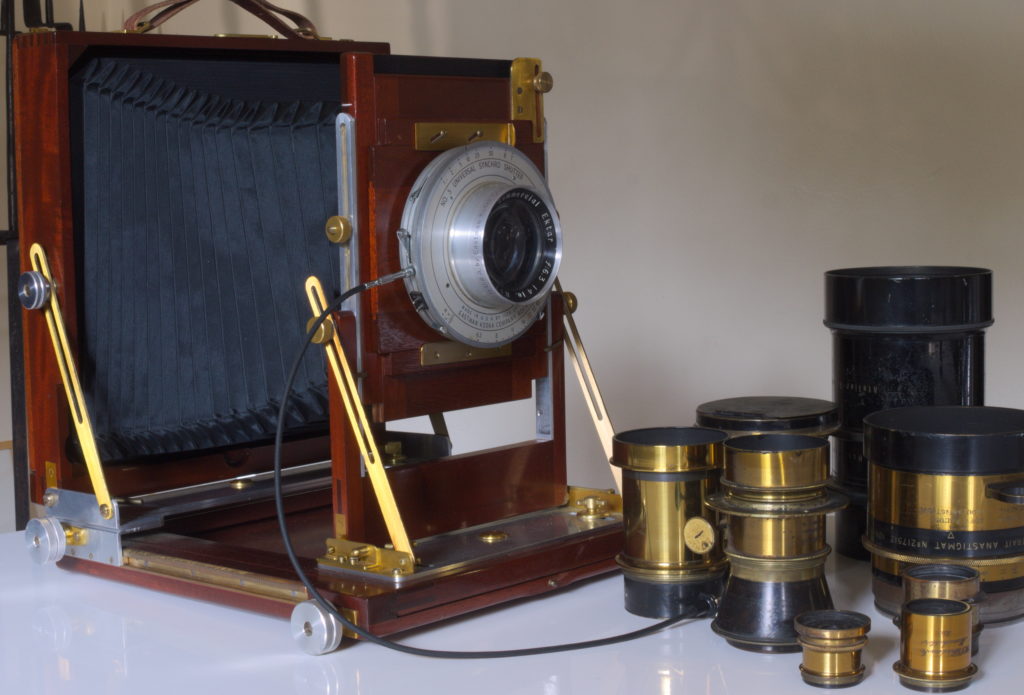 I began my life as a photographer in the early seventies with a prestigious Minolta, symbol of the miniaturization of formats in full expansion, with the slogan “small is beautiful and transportable”. After a couple of years, my first semi-professional engagements gave me the opportunity to use a loaned 6×6, a simple Yamaha 124. Some rethinking about the 24×36 format started to become a minor worry when professional orders became quality and every so much so I went back to using some medium format with interest and curiosity. Entering, at the end of the seventies, a photographic studio with a considerable availability of large format cameras surprised me until the day I printed a 13×18 cm B & W negative. I stayed in the darkroom with my assistant to gaze at the result until it was time to resume shooting. I explored everything I found on the shelves, often dusty because the reference camera, very used for every shot, was a Sinar P 13×18 cm. with a series of Rodenstock optics. Meanwhile, I was creating an inventory of what was not used: a Linohf Technika 13×18 with an old Symmar 210 that can be split into two optical groups with the aperture scale on the shutter, a first generation Super Angulon 121 mm and a Tele-Arton 270mm. all in a black suitcase with relative instructions. A no name wooden camera for portraits with a very old brass aplanatic portrait lens. This was the ignition for the large format and its optics. I studied and tested both on the original format and on the 6×9 cm, back, on the Linhof  and I was able to make some new portraits with the old camera, discovering a new photographic world day by day. I bought with considerable effort some old brass optics, most unusable I discover later, that a second-hand dealer had in his window and I started like a snail to collect pieces of the photographic world that was. The collection you see was put together between the early 90s and early 2000s traveling around Italy and part of Europe, working in search of some curiosity or rare piece together with other avid collectors. My favorite theme was the transition between aplanatics and anastigmatics with some forays into portrait lenses and casket sets. I bought and sold, exchanged, evaluated and acquired collections, trying on most of the lenses, at least to see the result on the ground glass. Now, getting old, I have made a very rigorous selection in my lenses putting aside what interests me and the rest, most of the collection is for sale.

For any curiosity, detail, prices or anything else, write to me: daniele.tanto@laboratoriodelfotografo.it I will be happy to reply to you. 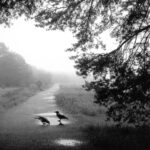 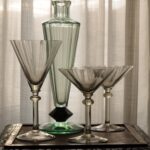 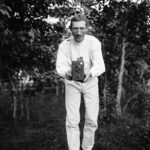 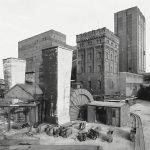 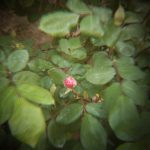